Chapter 3: A Perfect Moment For Restoration, Rejuvenation and Rejoicing?

A Perfect Moment For Restoration, Rejuvenation and Rejoicing?

How fashion and politics changed the path of music appreciation throughout 19th century Italy.

Most people are aware that there are very specific periods in ‘classical’ music and that they can loosely be categorised as follows: 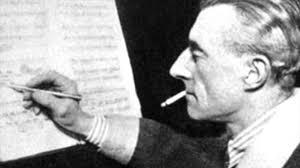 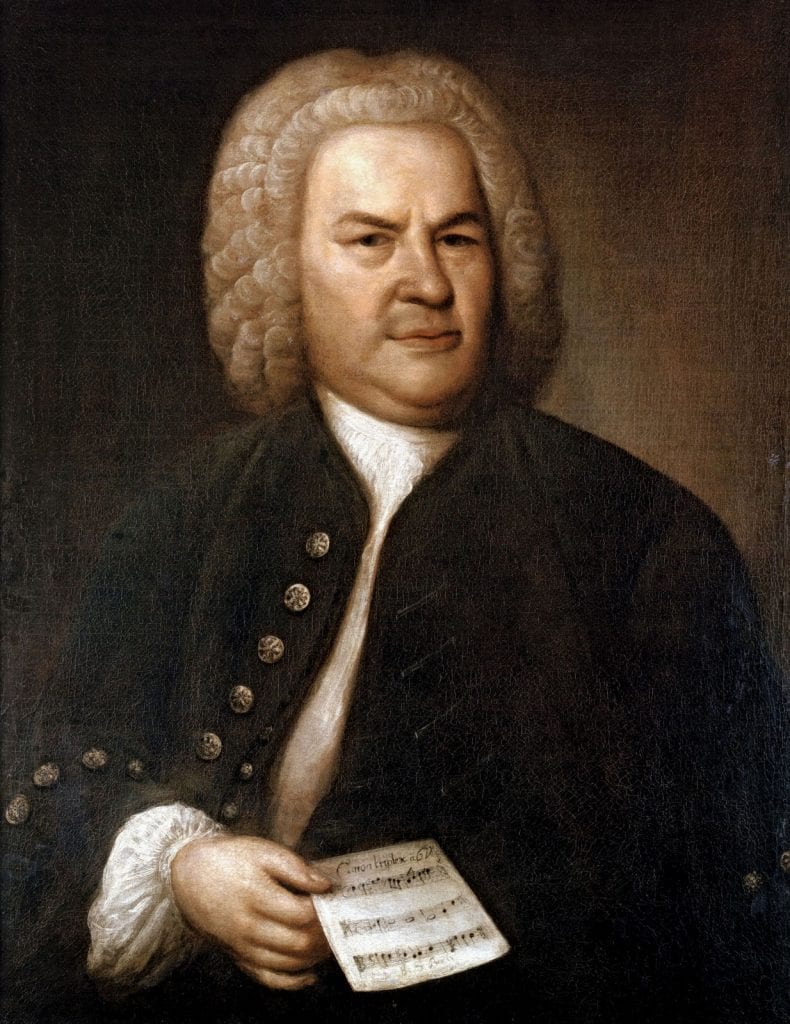 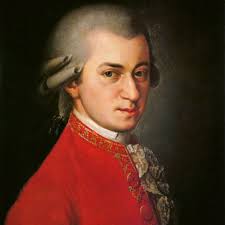 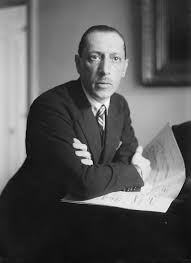 Postmodern (encompassing contemporary and minimalist) – 1930 to the present day

However, the blossoming of every new period has always been a gradual process.

For example, there were no public announcements at 12.01am on January 1st 1600 that the Renaissance Period was over and that it was time for the Baroque Period!

It is also worth noting how each new era is often shorter than the previous one.

Musical fashions come and go, for a wide range of reasons. Styles change and we never really question why. It is time for something different and refreshing, so out with the old and in with the exciting and captivating new!

Historically, this has been the case in Classical music, but increasingly it is becoming not so obvious in pop music, where those from most age groups (in particular those between the ages of 60 and 80) are still more than happy to listen to music from 50 to 60 years ago (The Beatles, The Rolling Stones, David Bowie, Elton John etc). 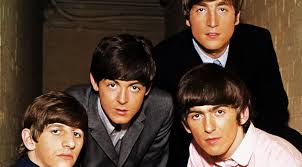 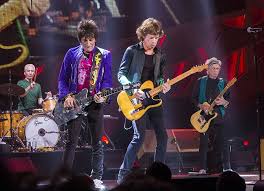 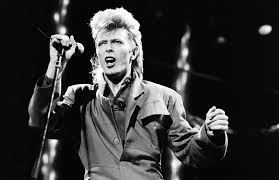 This period of music is now a long way behind us and still thoroughly enjoyed. Yet if we were to make a similar step backwards from 1970, we would find that the music of the 1920s, would have been considered very ‘old fashioned’ and only appropriate to listen to from the point of view of nostalgia. Music from this period would have been deemed to be dated and only historically of interest or mildly amusing.

A period of ever increasing musical interest to myself, is that of the 19th century in Italy, with direct reference to the rise and development of opera at that time and the vast catalogue of flute repertoire that was created as a direct result of those operatic compositions. 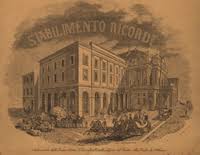 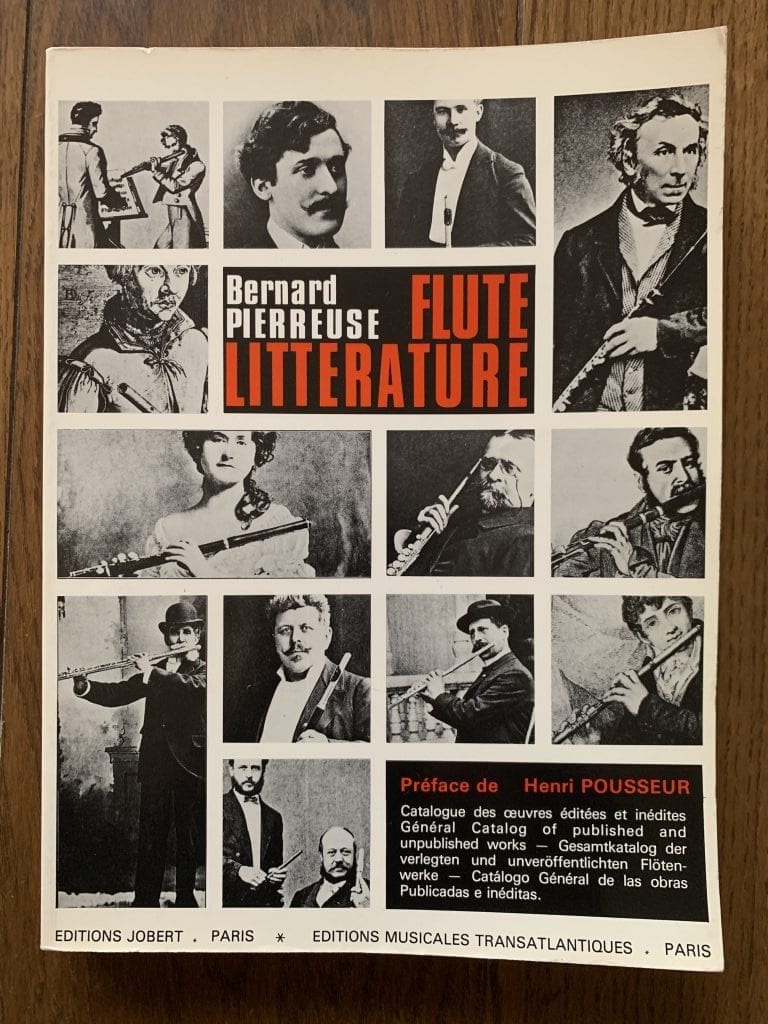 There were literally thousands of works written for flute at this time by Italian flute players/composers, that are no longer in print. A quick glance through a copy of Pierreuse (a flute geek’s bible!) will reveal page after page of such works, originally published by Ricordi, but now no longer available anywhere.

To understand the reasons for this better, we need to take a look at what was happening both politically and musically, prior to and during the 19th century in Italy.

We often assume that nations have simply always existed, but in the case of Italy, the journey to becoming a whole country (as recently as 1946, when, excepting the Vatican City and San Marino, Italy was finally confirmed as a democratic republic) has been nothing short of a complicated and very rough journey, full of intrigue, turmoil and upheaval. Over the years, numerous other nations have invaded Italy and for centuries, it has been torn apart by deep divisions. 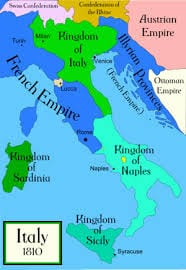 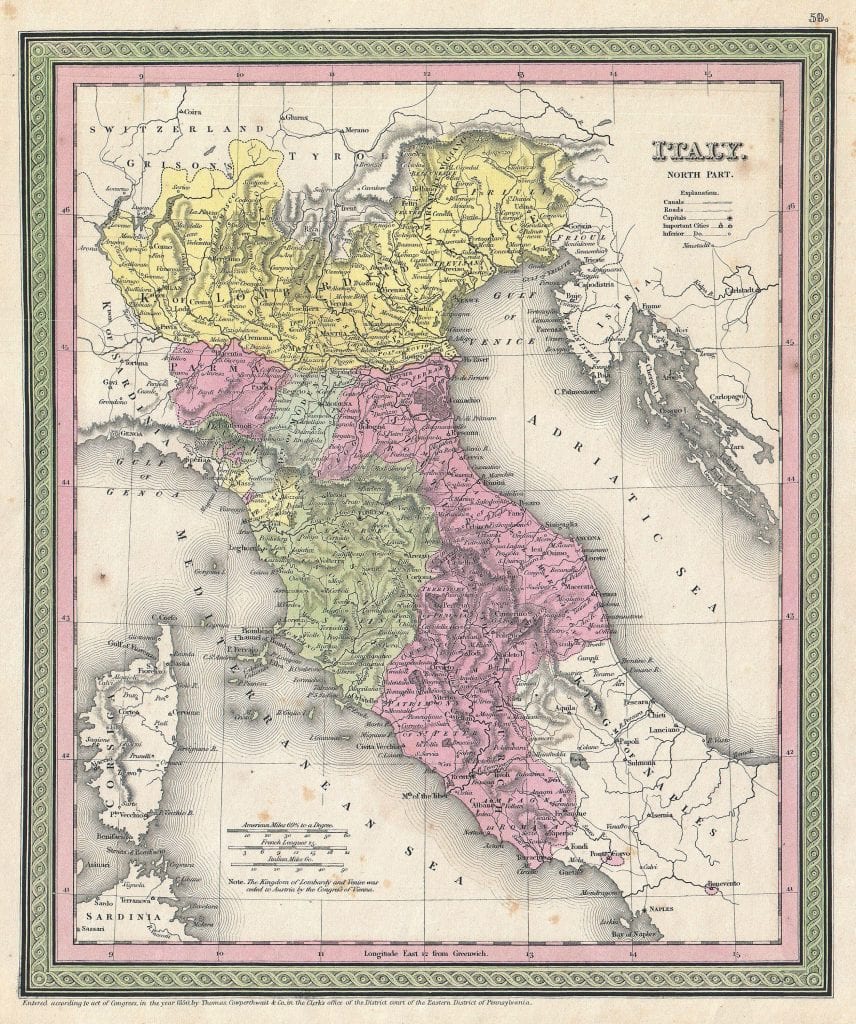 In 1850, Italy was part French, part Spanish, part Italian and it was only from 1859 that it gradually came together as one kingdom. At this point Rome wasn’t included, but in 1861, Italy became a Sovereign State. Under duress, Rome finally joined the rest of the country in 1870.

However, this was by no means the end of it all, as in the 1920s Mussolini established a fascist dictatorship. This was subsequently overturned after the Second World War. Finally, in 1946, Italy at last became the modern democratic republic that we know it to be today.

Opera is deemed to have originated in what is considered to have been Italy in the late 16th/early 17th centuries. The first opera is believed to be Dafne by Jacopo Peri, written and performed around 1597/8. The stages of development of opera after this are as follows: Opera Seria, Opera Buffa, Reform Opera and (for the purposes of this article) Bel Canto Opera, in the 19th century.

Composers with whom we associate Bel Canto Opera are Donizetti, Bellini and Rossini. However, even in early Verdi operas there are strong Bel Canto influences with a harmonic style that is both simple and direct. It is only in Verdi’s late operas that we see his style changing into something that is more musically thought through or continuous.

The output of opera throughout 19th century Italy, by both well known and barely heard of composers is nothing short of epic. It became a passion that gripped the nation decade after decade.

As a result of this, instrumentalists (more often than not from the opera house orchestral pits) wrote a plethora of works for their respective instruments, based on opera melodies, for both professional and ‘enthusiast’ musicians to enjoy. With large concert halls being scarce at this point in time, performances would most likely have taken place as entertainment at gatherings in drawing rooms of the wealthy, to delight their more affluent guests.

Such was this enthusiasm, the music publishing house of Ricordi, knowing full well that these works (which originally were only accessible by watching the operas themselves) would increasingly be reaching a much broader audience, were only too happy to publish as many pieces as they could get their hands on.

Their instrumental music catalogue grew at a staggeringly rapid rate, the print presses working 24 hours of each and every day!

So why is it that by their thousands, apart from in libraries and gathering dust in attics, these pieces, many of them absolute gems, have disappeared off the radar, never to be seen or heard of again?

The answer surely lies partly within that political map of Italy in the 19th century, but at the same time also in the world of classical music, where beyond the boundaries of Italy and in particular in Northern Europe, musical styles and tastes were evolving at a rapid and exciting rate.

The early Romantic Period, with its more complex harmonies, was in its infancy.

Bruckner was born in 1824, followed soon after in 1833 with the arrival of Brahms.

Towards the end of the century, further highly violent musical gear changes were due to take place in northern Europe with the arrivals on the musical landscape of Mahler (1860), Schoenberg (1874), Webern (1883) and Berg (1885). 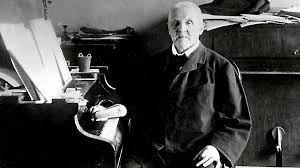 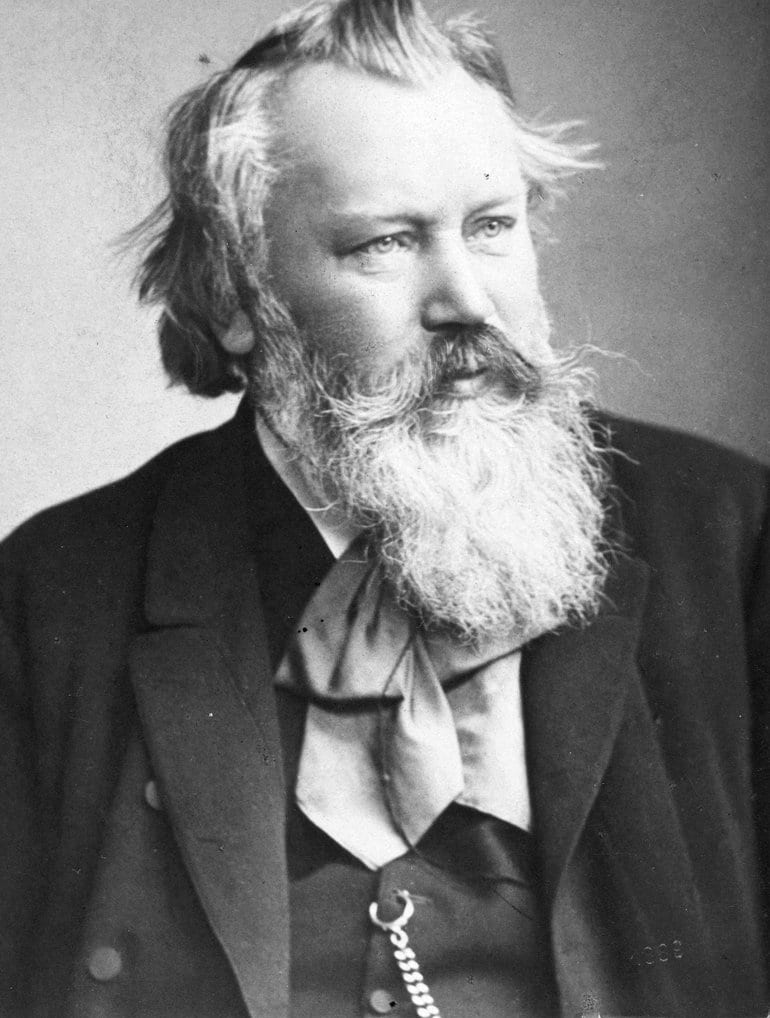 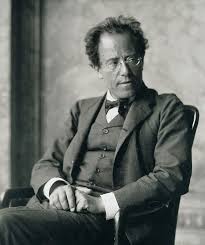 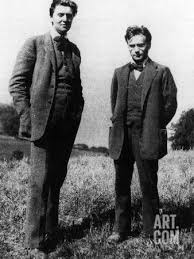 One of the great heroes of 19th century Italian opera is acknowledged to have been Giuseppe Verdi. He was born in 1813, the same year that Richard Wagner, another great opera composer, was born. In terms of style, even though exactly the same age, you could not really find two more musically contradictory composers. Verdi, with simple harmony and beautiful short melodies, and Wagner, constantly seeking to shock with twisted, almost contorted harmonies and emotionally spinning a melody out page after page.

Verdi’s La Traviata (the most frequently performed of all operas) was written in late 1852 to early 1853, whilst Wagner’s Das Rheingold was composed in 1854 and it would be difficult to find two more contrasting works from the same period. 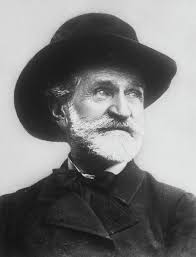 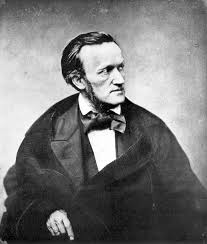 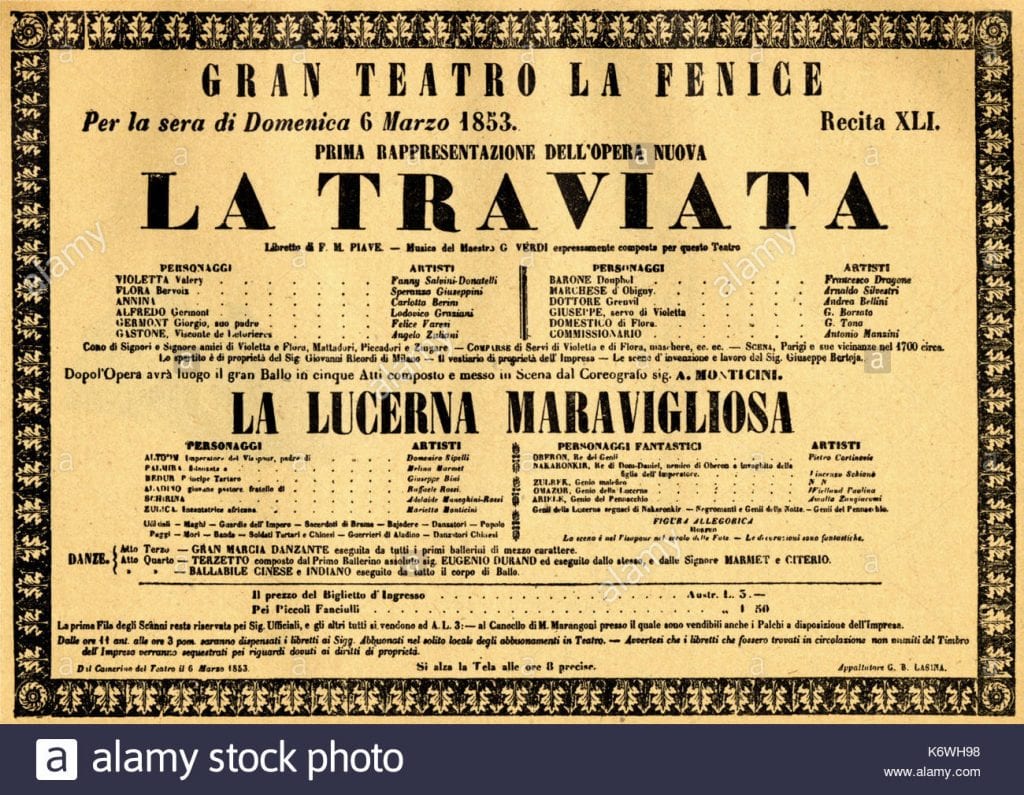 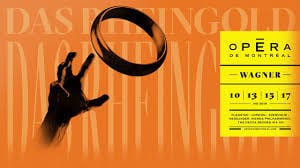 As a result of the constant political turmoil in Italy throughout the 19th century, gradually, but inevitably, cultural chasms increased between the north and south of the country. Whilst the more peasant or rural population further south eagerly awaited the next instalment of Bel Canto style opera, the north (mainly Turin, Verona and Milan), with its increased industrialisation, mechanisation and proximity to all the rapid changes taking place in countries further north in Europe (Austria and Germany in particular), began to look down on what it considered to be inferior or lesser music.

To distance themselves further from the south, the north became increasingly attracted to the swiftly developing musical styles that were catching breaths and pushing boundaries in other parts of Europe. Their motto: “out with the old and in with the new”. They clearly wanted to be associated with the new kids on the block!

Although the demise of the reams of instrumental music composed and adapted from Italian operas in the 19th century would be slow, it was also going to be inevitable and finally, terminal. Musical tastes were irrevocably changing and there was no way of stopping that particular juggernaut.

Publishers such as Ricordi were more than aware of the slump in enthusiasm, and once a print run had finally been sold off, with little in the way of interest in the materials, they could see no reason to reprint. Edition after edition was destined to face the guillotine! In many ways, a musical massacre was taking place.

The opera related instrumental spin-offs that had been so universally popular from the 1840s onwards had all but disappeared by the start of the 20th century.

However, as we have witnessed before, musical styles go and then eventually for one reason or another, come back again.

Today, in many countries around the world, most nights of the week baroque repertoire can be enjoyed, performed on original instruments. Up until the late 1960s and early 1970s, interest in music from this period, apart from that of the great composers such as Bach, Handel and Vivaldi, held little interest for most people. It was considered to be ‘old fashioned’ music and stuffy. Now though, with a hungry enthusiasm to shed new light on the repertoire from this era, baroque music has a new and highly vibrant lease of life. This in itself is magical!

Might it also now be a right and appropriate time to revisit this vast collection of abandoned 19th century Italian instrumental music?

One flute player/composer whose name has encouraged me to search further is Raffaello Galli (1824 – 1889). A Florentine banker, he was also a highly enthusiastic flute player and composed more than 400 titles for the flute. Today, a book of exercises (30 Esercizi, published by Ricordi) remains but, apart from this, there is nothing by Galli in print, at least not to be easily found.

Searching through the internet, I have come across several of the works for flute by Galli, in their original print form, originally published by Ricordi.

Due to that insatiable desire in the 19th century by the Ricordi house to pump out editions as swiftly as possible, whilst there are individual parts, very few complete scores are in existence and those that are available are in the most basic form, with no bar numbers and little in the way of dynamic instruction.

The ones I have looked at so far are also liberally peppered with wrong notes!

To this extent I have started to ‘restore and rejuvenate’ some of the works of Raffaello Galli that I feel would be a welcome addition to our current flute music literature.

With its wonderful melodies and tingling allegro sections the first work that I am presenting is the flute duet, Fiori Melodici (A Selection of Operatic Melodies), Op. 95, No. 2, from Verdi’s ‘La Traviata’.

There is so much for us to both enjoy and work on in this eight and a half minute piece, from agile and nimble articulation to sweeping melodies, focusing on tone and precise finger technique in the electrifying final two and a half page stampede to the end of the piece.

It is a challenge and a joy to play, both in private and in the concert hall.

Could this also be a time for rejoicing?

After all, many wonderful and engaging icons have so often emerged from the fascinating country that is Italy! 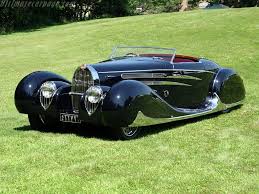 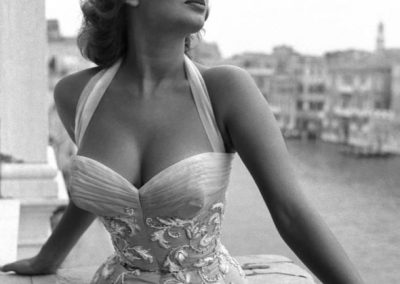 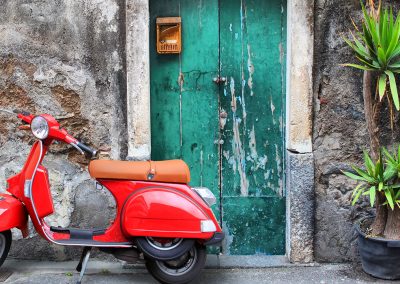 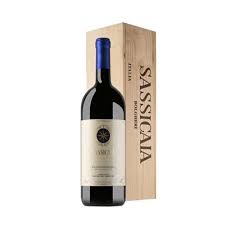 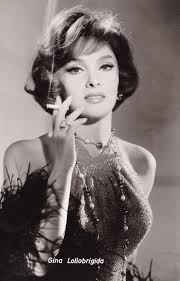 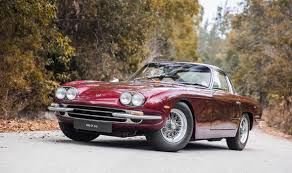 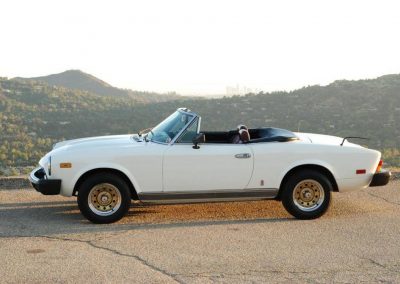 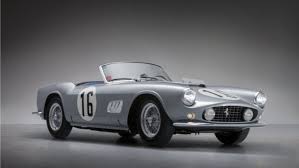