Whilst flute players across the globe are understandably indebted to the influences of the French Flute School, founded by Paul Taffanel and others in the 1860s and then in particular the contributions of Marcel Moyse to flute education literature throughout the 20th Century, much was also taking place in other European countries at the same time.

The dynamic and controversial Böhm System flute of 1847 had steadily been conquering Paris, diluting the impact of other musical developments on the flute that were taking place elsewhere.

The fact that opera was the main musical attraction in Italy during this period and mostly throughout the 19th Century, was of equal significance. This genre of music was having a monumental impact on both flute players and other musicians throughout the country. From Paganini onwards, this was the golden period of the virtuoso, be it on the violin, piano, flute or with voice. Melodies from more popular Italian operas provided instrumentalists with material to pen complicated and invariably pyrotechnical sets of variations. Although highly fashionable, they were more often than not lacking in harmonic substance and musical interest. However, they became the perfect vehicles for touring musicians in Europe to wow their ever enthusiastic audiences with. Concerts throughout the continent were mostly major events and eagerly anticipated.

At this time, it would appear from exercises and studies written by Italian flute virtuosi, such as Briccialdi, Rabboni, Köhler and Gariboldi that whilst high levels of technical facility on the instrument were considered to be of paramount importance, it was also to be achieved as musically as possible. To this extent, much of their writing contains sensitive and beautifully crafted musical journeys, layered with all important material for extending technical facility. They were clearly eager to nurture the musician within us all, as much as serving the technical complexities of playing the instrument.

The 30 Easy and Progressive Studies, by Giuseppe Gariboldi are all beautiful and elegant postcards from this magical period. My only problem with the title though is that the studies to be found within are most definitely not ‘Easy’!

Perhaps the fact that with their assumed simplicity these studies have ended up being used by teachers as repertoire for those in the early stages of their flute development, has belittled their importance and extraordinary value.

As with the first melody in Moyse, 24 Little Melodic Studies, if used to instruct beginners, much, if not all of the important detail is as good as skimmed over. Grappling with the complexities of holding a musical instrument and operating fingers in an unusual manner, the nuances to be found in that beautifully simple first study are lost on most of us. Our primary aim is to get the correct notes out of the flute and with a bit of luck, in the right order!

As I have a well-thumbed copy of Gariboldi’s 30 Easy and Progressive Studies, I have no doubt that when I first started out on my journey with the flute at the age of nine, I would have encountered the contents. However, revisiting the book all these years later, I have no recollection whatsoever of any of the studies to be found within.

At that moment in my history with the flute and indeed music, I had no interest in how to shape a phrase, or make a perfect diminuendo. If I managed to get from the top left hand corner to the bottom right of every page without liberally splashing wrong notes and rhythms everywhere, I was an enormously happy and stupendously self-satisfied operator!

These studies (which by definition require a very different approach to exercises) are all nothing short of gems. Yes, they are simple, but as we all know too well, mastering those things that are labelled as being ‘easy’ is quite possibly one of the accomplished musician’s greatest challenges. Whilst there are of course benefits to be extracted from playing these pieces in the early years of working with the instrument, so much more can be discovered, once a degree of technical competence has been established.

In 30 Easy and Progressive Studies there is much for us to work on, from creating a pure sound, to sustaining it, finding the most sensitive articulations, through to sculpting phrases, playing high octave notes as quietly as possible and mastering that perfect diminuendo. As a result of the simplicity in the writing, all of the above is supremely challenging. On the plus side though it is also immensely thought-provoking.

I do however have one sadness. I wish that it hadn’t taken me so many decades to rediscover these amazing little pieces. All of a sudden and at this late stage, I feel as though I am learning the flute once again. It is a glorious and rejuvenating sensation!

Invariably, a study to be found in a printed book will be in just the one key. In a book with 30 studies, it would be impractical to transpose them all into different keys. The book would be far too long and way too heavy!

However, on a computer screen or tablet, or even individually downloaded and printed off, to have the opportunity of learning the same study but in a variety of keys, will by definition extend the ways in which we focus, use our fingers and listen. Even though fingerings will be vastly different, the familiarity of having learnt the study in one key, might well help the functioning of the brain and ears, when we come to piece it together in a different key. It should certainly assist with ear training.

To this extent, as and when possible, we have transposed all of these Gariboldi studies into keys containing up to as many as three flats and sharps.

As in this new edition of Gariboldi – 30 Easy and Progressive Studies I am seeking to stretch our abilities as flute players and musicians, it has been necessary to make some quite substantial adjustments to the original dynamic markings. Rather than a mere moment of vanity, there are very solid and sound reasons for this.

The approach in the 19th Century of bringing a piece of music to an end was often very different to that which we would expect these days. There was a fashion at the time for rounding off pieces, irrespective of their content, with a flourish or crescendo and general surge to a final forte. It would appear that in doing so, the performer would be as good as guaranteeing a rousing reception from their audience! It was a truly bold statement, almost a party trick, to encourage spontaneous, ecstatic applause. Far better to end majestically and magnificently, rather than with a bit of a whimper.

However nowadays, when a piece of music, from start to finish has contained soft and intimate writing, to end the performance in such a manner would be considered coarse and vulgar.

As is so often the case in these studies, Gariboldi ends either with octave leaps, a rising scale or arpeggio, all in crescendo. We will work far harder and benefit more, if in most such cases, an opposite dynamic approach to that written in the original is applied.

Hence in numerous of these studies, I have switched an ending crescendo to a diminuendo, by definition stretching us more and making us work that extra bit harder. As listeners, at the end of a quiet, dolce performance, we would far prefer these days and more often than not expect to be left in the moment, surrounded with nothing other than our innermost thoughts and silence. For the performer, playing a slow rising arpeggio in diminuendo can be something of a tight rope experience, but also a magical one, as and when perfection is realised.

Equally, where accents are marked in the original edition, implying an out of context sudden attack, I have reverted to using tenuto marks above the notes in question, creating more of a texture of roundness and warmth. It could well be that at the time the studies were written, this was indeed the implication of an accent. If we take the 20th Century accent (as in the music of Stravinsky or Bartok), with more of a ‘sting’ at the front end of the note, here it couldn’t appear more out of place. Quite simply, it would sound wrong.

We learn from this that the interpretation of musical notation also evolves from one generation to the next. 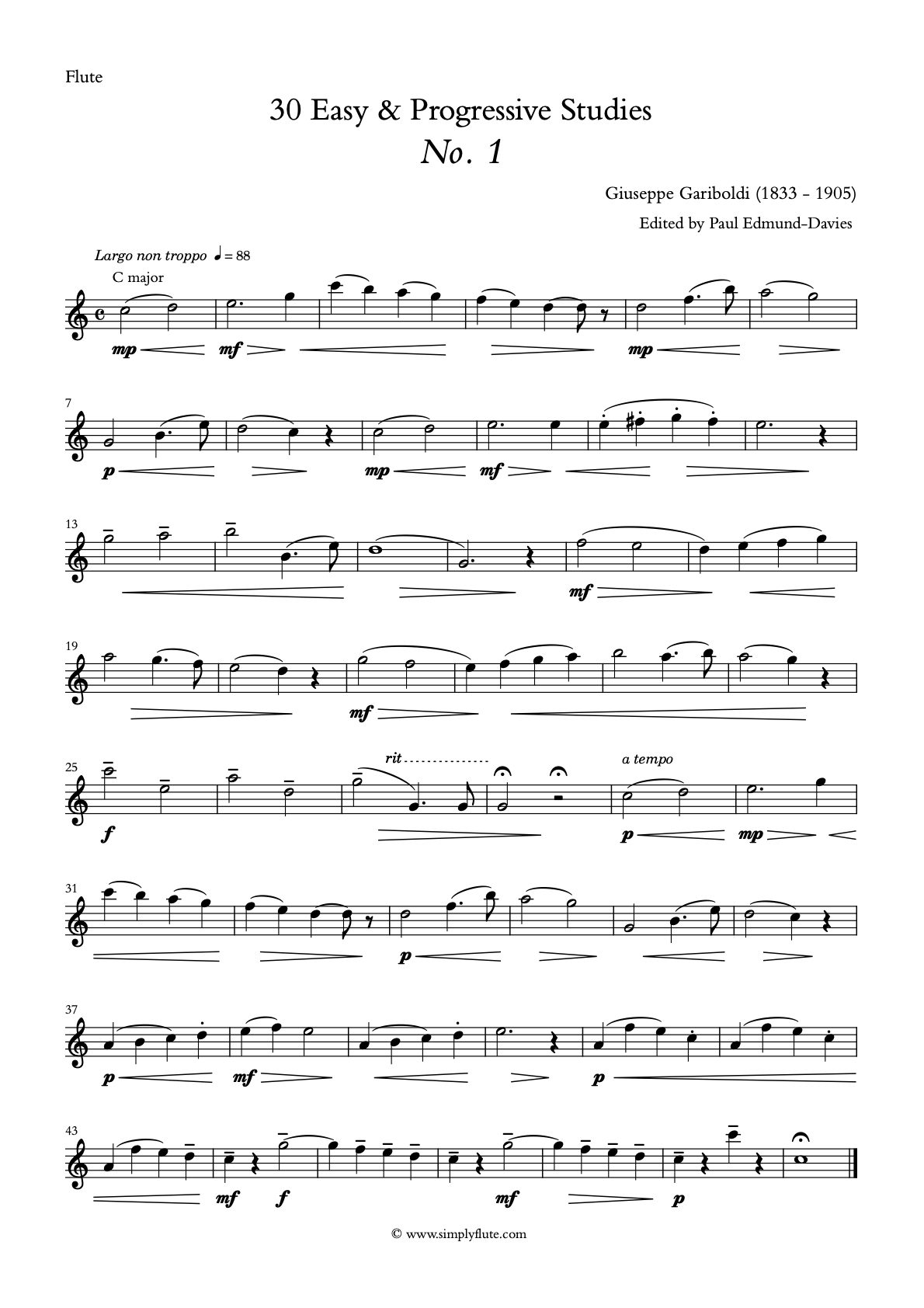 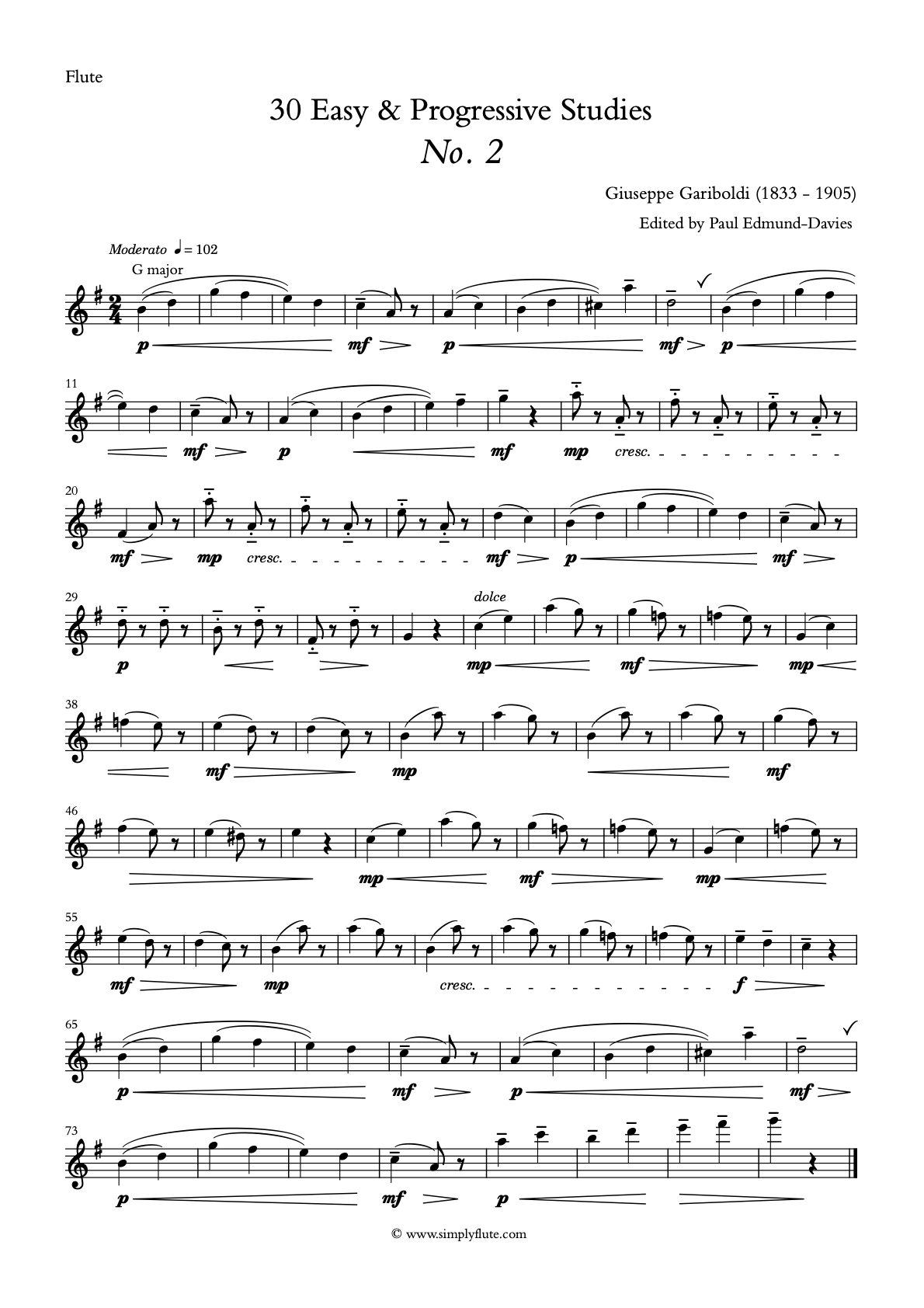 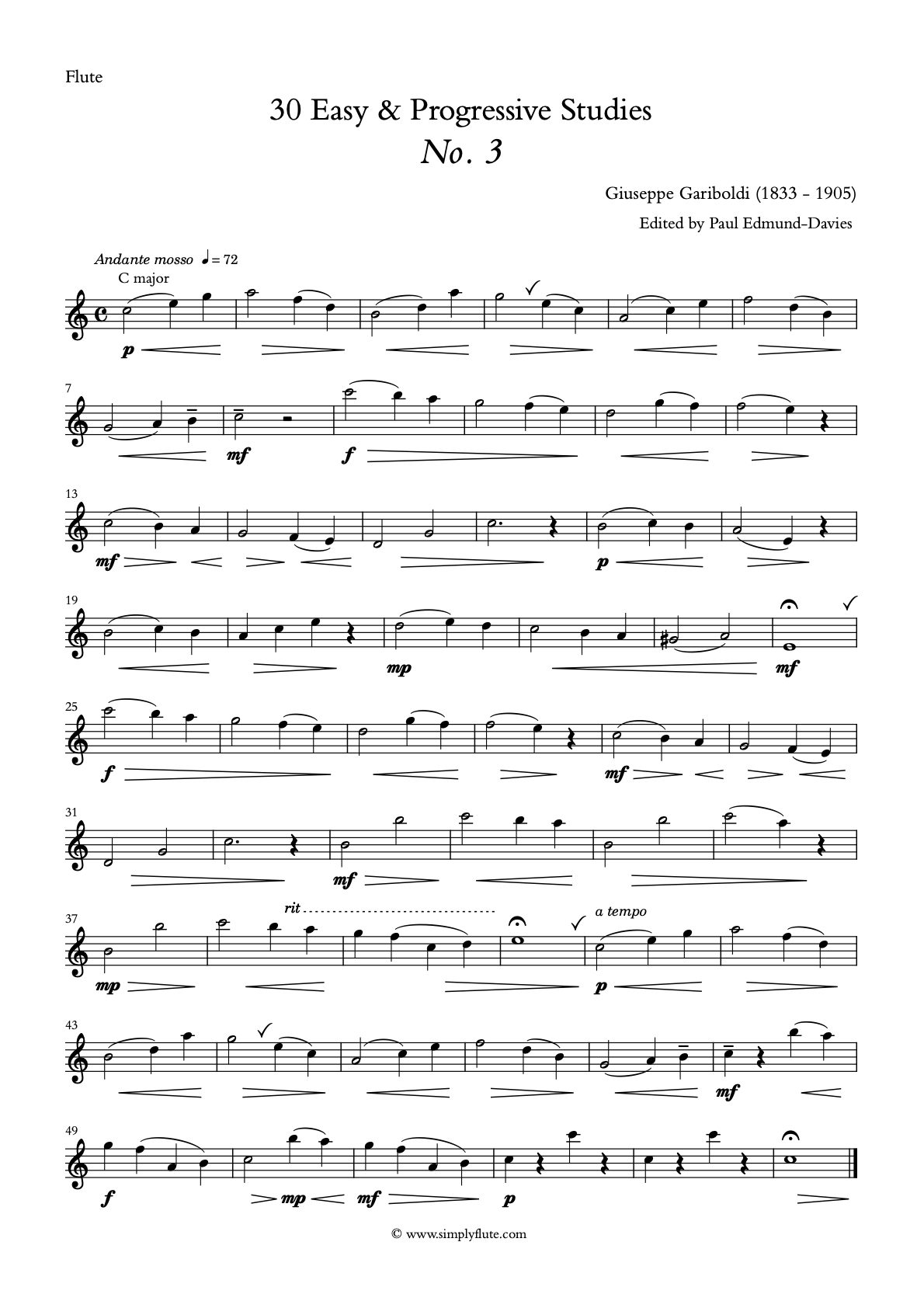 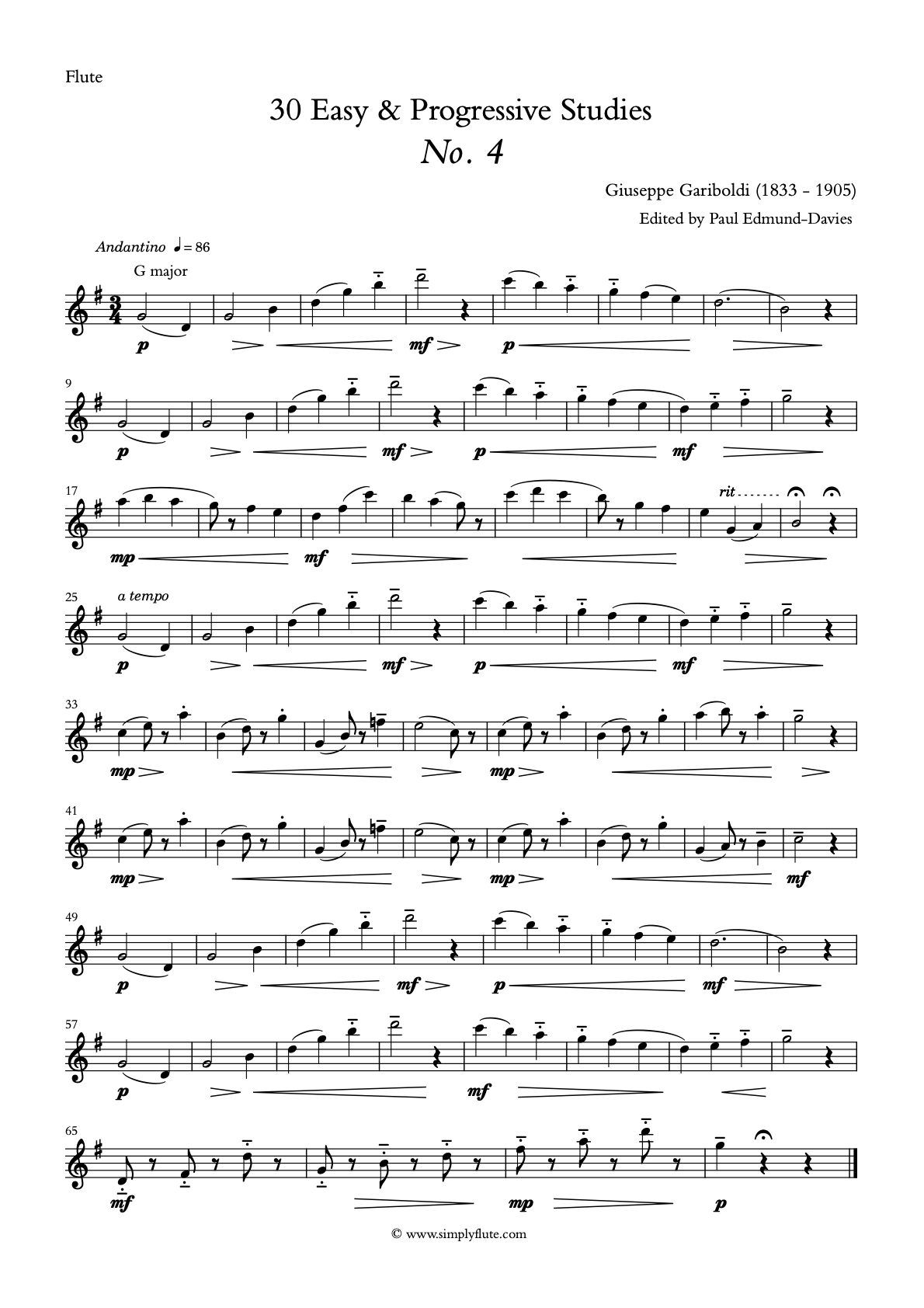 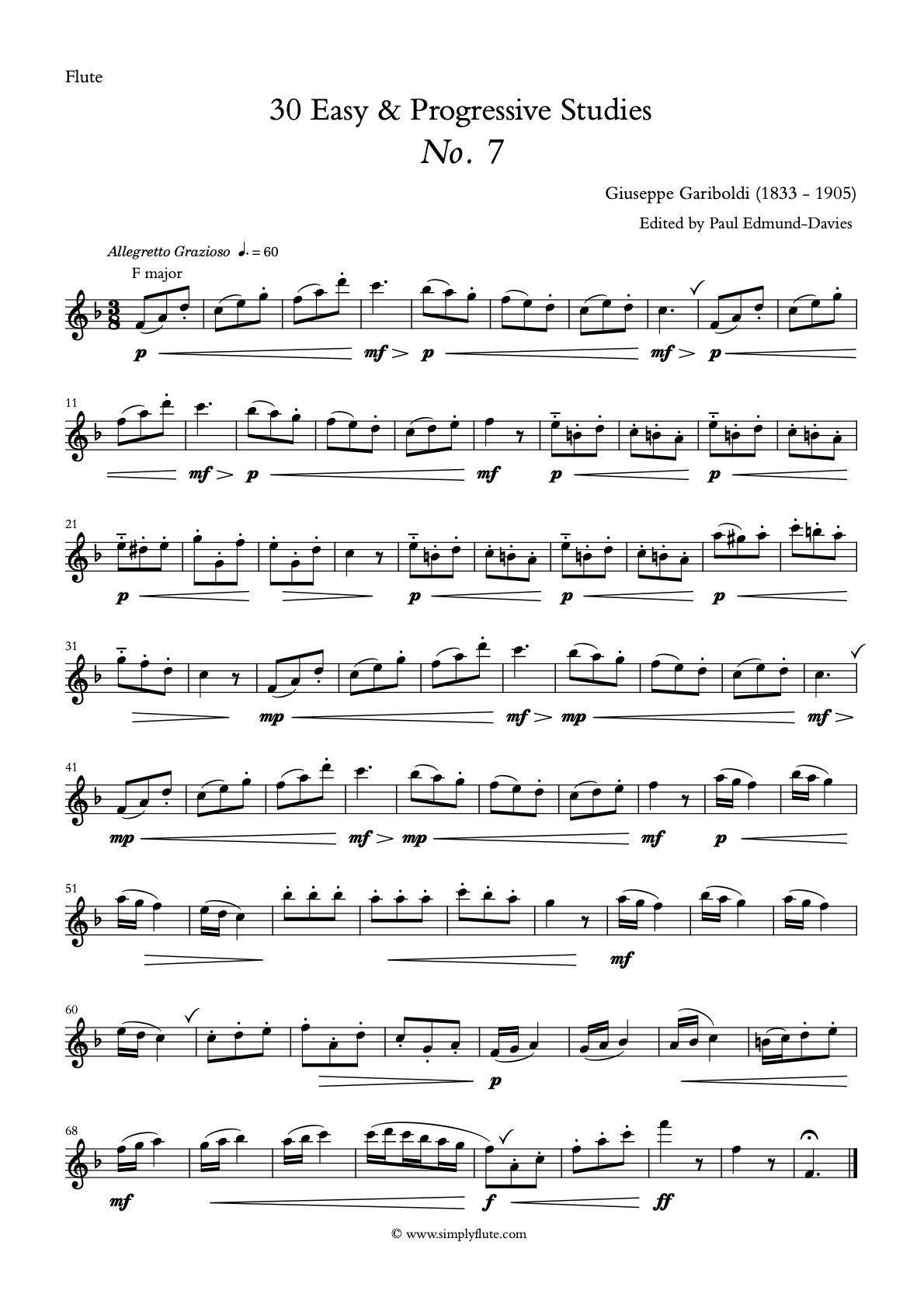 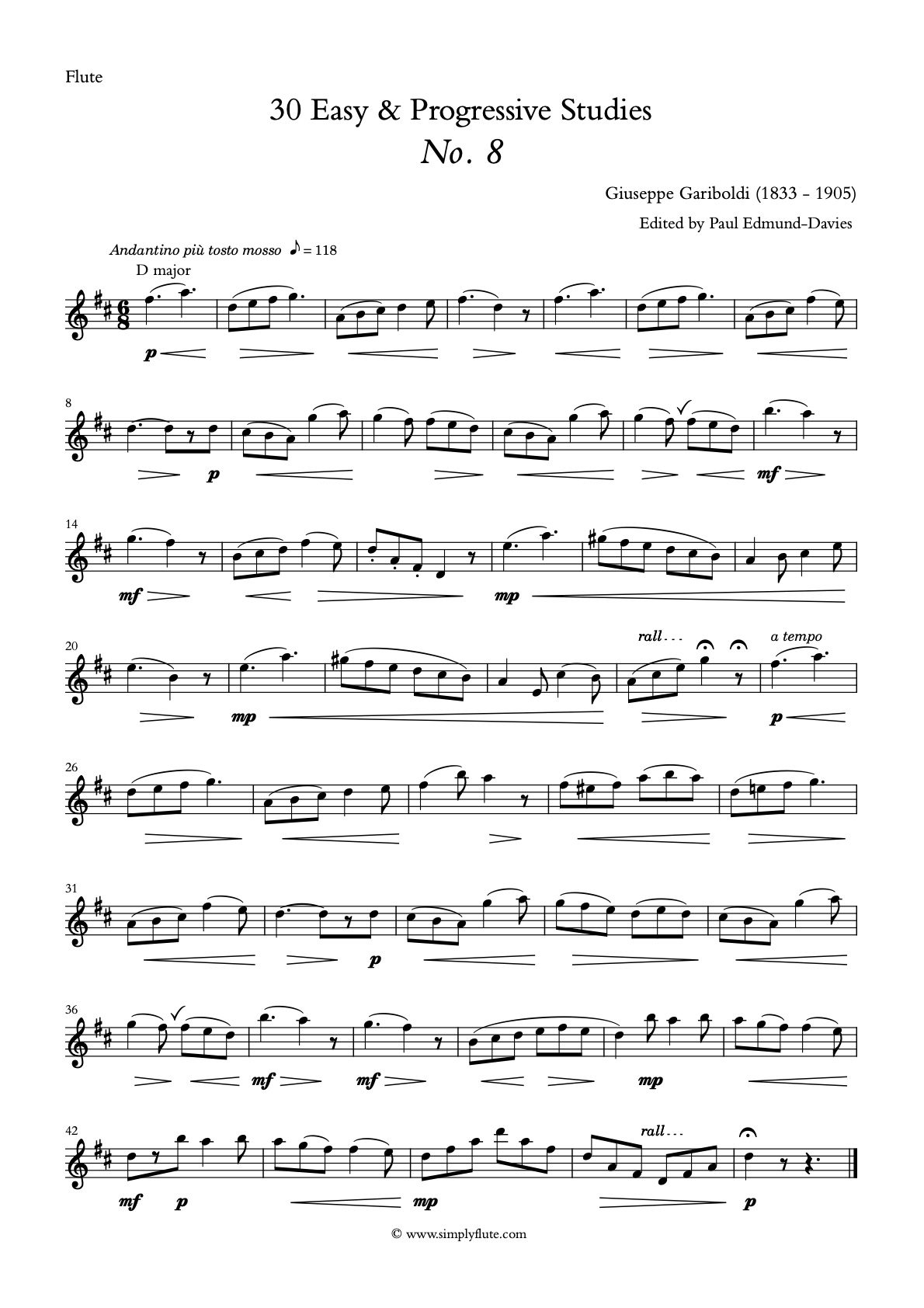