By all accounts, Wilhelm Friedemann Bach, the eldest son of the one and only Johann Sebastien Bach, was a deeply troubled and complicated soul. As with many offspring of the famous, he suffered painfully from fading into the shadow of his infinitely more renowned father.

After the death of Johann Sebastien in 1750, Wilhelm’s life began to fall apart, alcohol and various lapses contributing to an increasingly complicated and disturbed life.

However, in his music, along with intense sorrow, as to be found in this ‘Lamentabile’, there is incredible joy and very much a sense of ‘joie de vivre’ and some might even say, mischief!

This leads one to consider that he may well have suffered from a form of cyclothymia or extreme mood changes.

HOW TO WORK ON Lamentabile

The key of D minor holds for me certain elements of melancholy (just think of the heavily painful atmosphere that is created in the opening of Doppler’s Fantaisie Pastorale Hongroise, one of the most doleful openings in the entire flute repertoire), which are extremely prevalent in this movement.

There is such a deep sense of darkness in the Lamentabile, created by incredibly skilful use of the half step or semitone and wide intervals of a sixth and above. Added to this, twisted, almost gnarled shifts between major and minor, often to be found in the space of just one bar and there is a recipe in place to put an arrow through the heart and to induce heavy sobbing!

Starting on a low D (2nd flute part) is never going to feel comfortable, which I almost feel is exactly what the composer wished to convey in his writing. It is also quite unusual in duets, for one flute and in this case the second flute, to be exposed to such a lengthy and ‘naked’ opening solo.

Advanced preparation will be necessary to give this first D a good core sound. I would breathe deeply first, then create the lip shape for this low note, at the same time placing the tongue in the right place, pause once everything is in position and then with the correct amount of support for the air that is about to come out and a degree of healthy anticipation, start the movement. Everything in the last sentence should take somewhere in the region of 4 seconds. It can of course be longer, but probably not a good idea to aim for anything shorter!

Articulation should be light, gentle and precise. This will be best achieved by ensuring that the tongue remains close to the point of contact, which for myself is forward, just behind the teeth on the ridge of the roof of the mouth. To keep the tongue fluid, I will also bring it back to fractionally different spots on the ridge……… 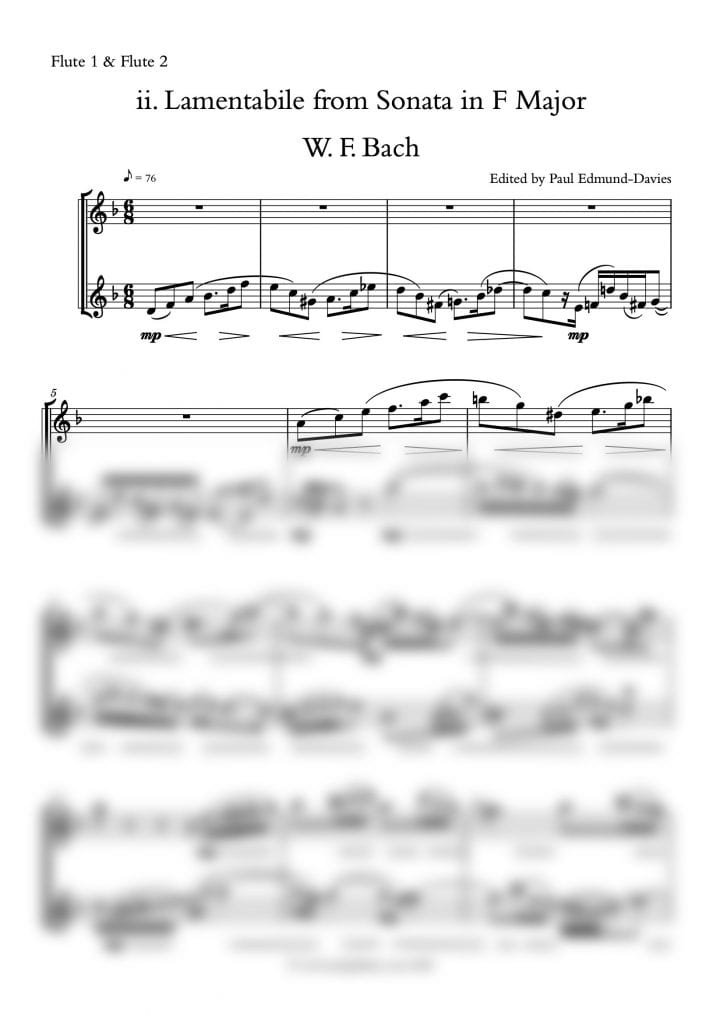 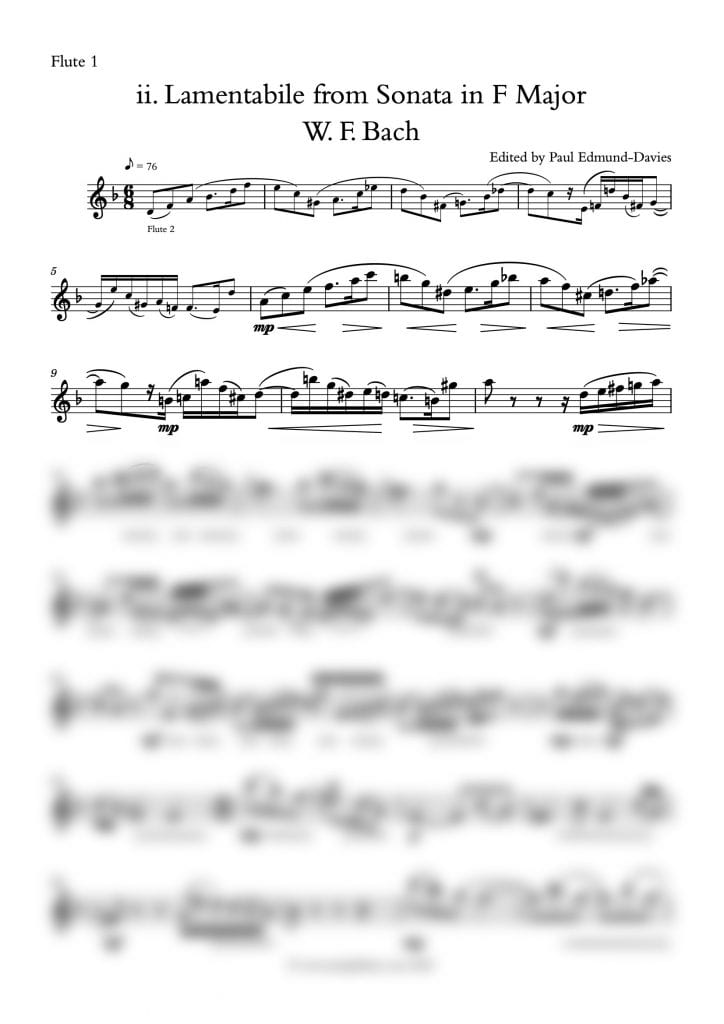 Audio play along for 1st and 2nd flute