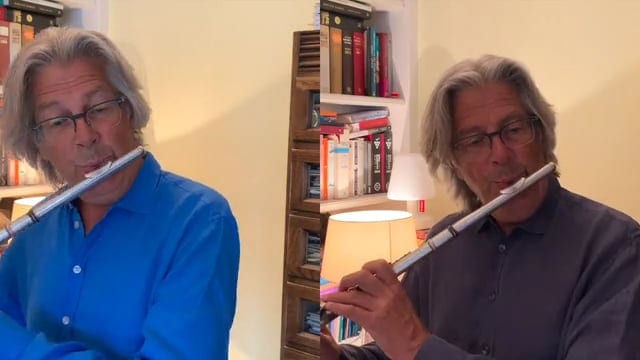 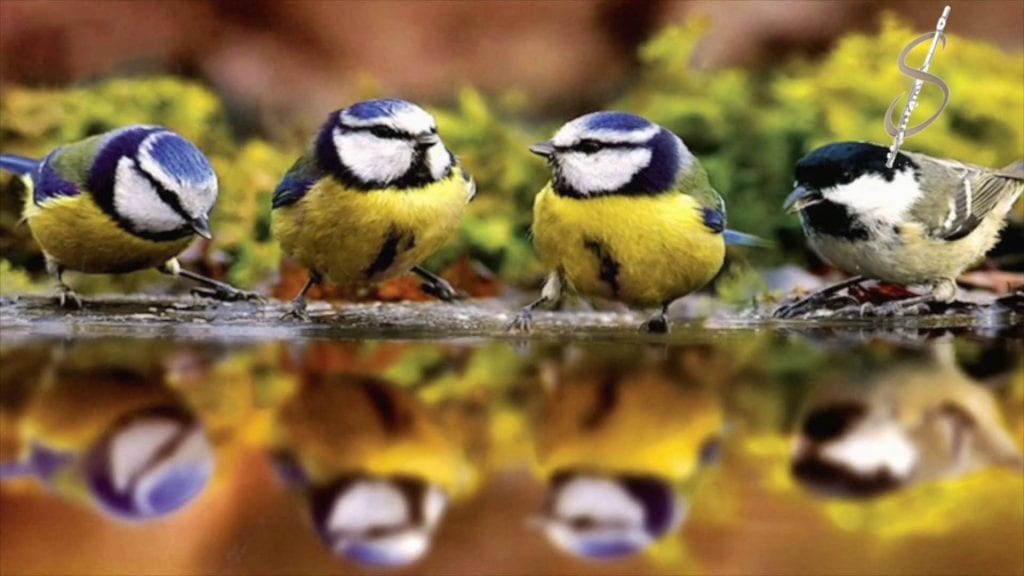 Realising that it is more than 40 years since I last played these amazing two flute Sonatas (Duets) by W. F. BACH (1710 – 1784), has come as somewhat of a surprise, verging on acute astonishment!

It has been a stark reminder of how the passage of time overtakes us and how so many seemingly important parts of our formative years have the ability to drop off the radar. As we mature, other more pressing elements, such as getting a job or earning a living, sweep these earlier pleasures to the side of the long road of life.

My memories of these excellent works come from very happy days, when as a student, I was challenged as to how to earn money in the long summer holidays. In order to buy food and pay bills, rather than work in a shop in London throughout the summer months, I decided to travel to the South of France with a flute playing colleague, to busk.

In the first year, for just under 6 weeks, we pitched up every night bar one on the beaches of the Côte d’Azur, following the shooting stars in the crystal clear skies as a method of instigating slumber. Frites from a mobile burger van and large quantities of local gassy beer invariably aided the process!

By day we would travel on foot, often hitching lifts from burly lorry drivers from Marseille, whose particularly distinctive guttural dialects were virtually undecipherable as a language!

On balmy evenings, with air heavy from the scents of nearby lavender fields, we would walk from one restaurant terrace to the next, playing a mixture of solos and duets to the customers and then taking our flute boxes to each and every table, requesting a modest fee for the entertainment services provided.

Fortunately, we were rather successful in this enterprise and with the restaurants closed and their clientele departed, we would repair to a nearby bar for refreshments and to add up the evenings takings.

In our programmes, these Sonatas by W. F. BACH were a regular feature, a joy to perform and greatly appreciated by the audiences, gazing on whilst enthusiastically grazing on their eye and mouth-watering plateau de fruits de mer (it was indeed a challenge to play the flute with so much saliva inducing food in front of us!).

In that first year, more than 40 years ago, I left London with £50 in my pocket. Close on 6 weeks later, I returned with a ridiculously deep sun tan and £150 in my wallet, having enjoyed the most incredible summer of life-affirming experiences. I would happily do the same again!

My reunification with the six, two flute Sonatas (Duets) of  W. F. BACH, has come about as a direct result of the Covid-19 pandemic.

Whilst required not to travel and to stay at home, the world of music and its natural forms of communication have been turned onto their heads.

Since lockdown began in London, I have spent much of my time creating new exercise materials for flute players (and myself), in the hope that at least some of these exercises and melodies might prove to be a helpful and welcome distraction to the dark situation that surrounds us all at this moment in time.

However, whilst it is always useful to have new personal challenges, it is also equally pleasurable to play music with others, which of course has been one of the major downsides of this new world that we have all been forced to live in.

As a result of this, I began to look through my drawers of music. Buried deep down at the bottom of my two flutes only section, I came across my two much used copies of the W. F. BACH Sonatas for two flutes.

Like a well-worn book of old photographs, on opening up these volumes, happy memories of those distant days in the South of France flooded back, along with the realisation that the pieces contained inside were perfect for rejuvenation at this complicated moment in time.

All I needed to do was to create a practice edition and to record a performance and play along parts, all of which were possible to do without leaving home! However, some fairly major adjustments to my normal operating procedures would be required to accomplish this seemingly quite simple task.

Having virtually all potential streams of income flushed from beneath ones feet, certainly creates a galvanizing urgency in searching for alternative options to maintain a respectable degree of financial solvency.

Whilst I have been a fairly regular visitor to the recording studios dotted around London, there has never been a need for me to consider making recordings at home. The SIMPLY FLUTE videos are predominantly made at my London address, but of course, with lock down, all of the professional equipment used, along with the man behind the lens and editing desk, PASHA MANSUROV are elsewhere. Whilst I create content, SIMPLY FLUTE would not exist without his technical savvy, equipment and expertise, all of which were now on the other side of London, so therefore inaccessible in this altered climate, where no non-essential travel was permitted!

All of a sudden, I needed a microphone, recording software and the knowledge with which to put it all together.

Fortunately, these days home recording is common, so finding all the equipment was not too complicated and thankfully, not so expensive.

The microphone that I currently use is a Rode NT-USB and I have purchased Apple Logic Pro X, a fairly basic, but reasonably idiot proof (much needed in this case) software package. I used to put my music writings into Cubase, but more recently I have moved to Dorico and absolutely adore it (all of these W. F. BACH movements are set in Dorico).

The above is what I have used to put this project together. Whilst the sound would be superior if I was using the equipment and technicians available in Abbey Road Studio 2, for the purpose of this project and in such peculiar times, I am not too unhappy with the results.

I hope that you will enjoy the sound created for the full performance version, along with the play along tracks. It might not be absolute perfection, but I believe that it is good enough to work with.

This is by no means an urtext edition. It is a practice/performance edition, aimed firmly at fine tuning areas of flute playing that are also applicable to many other periods and styles of music.

There is so much to be explored in these magical pieces for both flute players and musicians. I have opted to put together a resource, whereby we can use the highly natural musicality exposed in these works as a means of developing our flute playing and exploring flute related issues, from articulation, through to playing scales and arpeggios at speed and including many other challenging areas.

All too frequently, if there are no dynamic instructions on the paper in front of us when we are playing, there is a perfectly reasonable, though also more often than not, an equally alarming ability, to play without expression. Of course, music must be constantly alive if it is to be a form of communication reaching out to others. Shape is crucial and should be lighting up the score at all times. However, works written in the Baroque/Roccoco periods contain little in the way of dynamics (it is considered that musicians of the day were naturally instinctive in their ways of approaching and performing their music).

As with many (if not all!) of my exercises, I have been extremely liberal with crescendo and diminuendo ‘hairpins’. Please don’t think for one second that this might be deemed as encouragement for you all to ‘lunge and bulge’ your way around the flute, making those listening thoroughly sea sick! We all know that in black and white a crescendo means gradually getting louder, but in music from this period (and many others for that matter), I like to think of a crescendo implying a measured increase in intensity, rather than the over simplistic concept of ‘getting louder’. Nuance, anticipation and movement of sound indicating direction, are what I am seeking to be achieved with these ‘hairpin’ instructions.

In turn, with much of the sound of a flute being created at the lip plate area of the instrument, we are so close to the sound produced, that we often underestimate just how much energy is required to communicate in a way that actually travels further than our music stands. It is easily possible when we play, to believe the sound coming back to our ears, a mere few inches away from its source, might be excessive or over expressive, verging on the gaudy! As a result of this, over the years, I have found that most students tend to underplay expression for fear of causing offence! The results are invariably bland and ultimately not that interesting.

In these Sonatas (Duets) I would urge you to explore shape. It will be more rewarding both for you and for those listening, if you can have a good idea and dictate where you are going in the phrases, before they happen. It is a line that I use a lot these days, but in the end, music really is more about what happens between the notes, than the notes themselves.

Whilst the Sonatas of W. F BACH are wonderful to perform, there is so much within them that we can use to develop our technique and flute playing, that they become a very natural and joyous addition to the educational platform of SIMPLY FLUTE.